The breast lift surgery in Miami is a procedure that can help women who have sagging breasts after pregnancy, breastfeeding or weight loss. The surgery can be performed with the use of implants or without them. 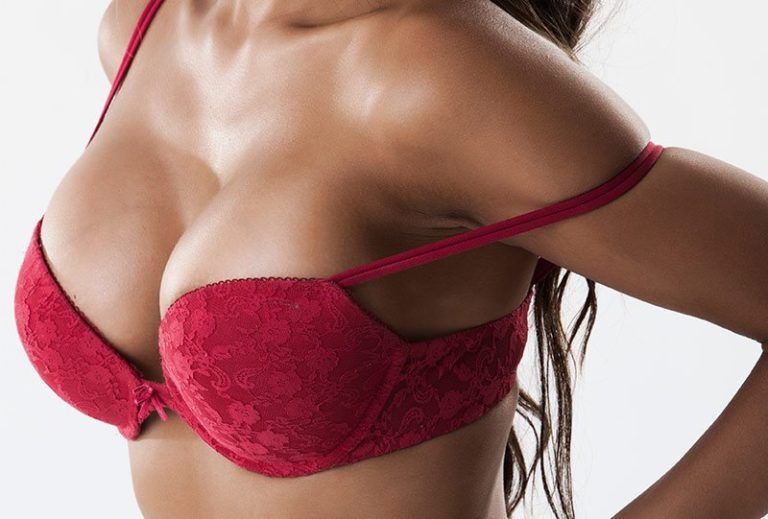 Breast Lift
Before and After 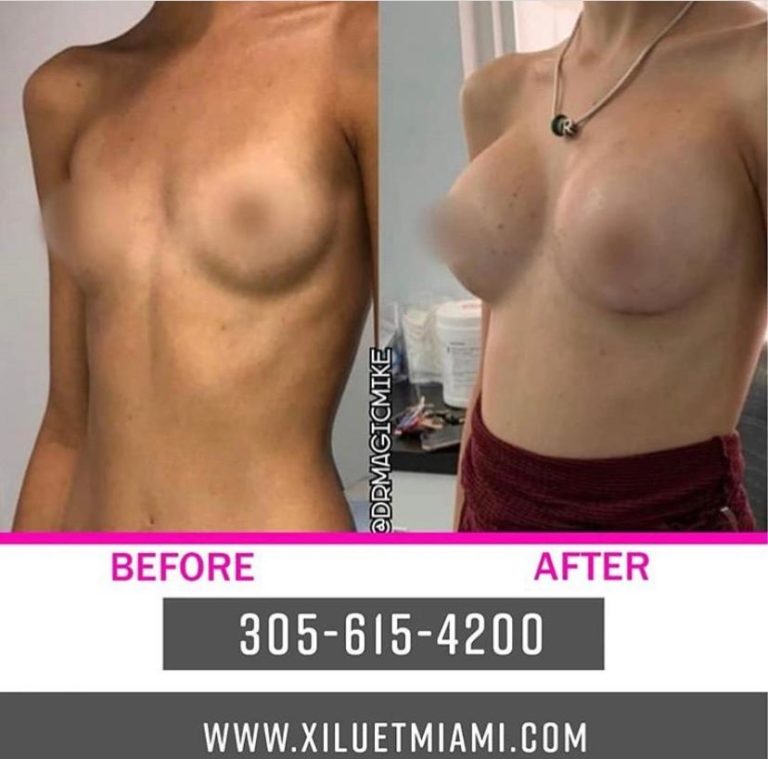 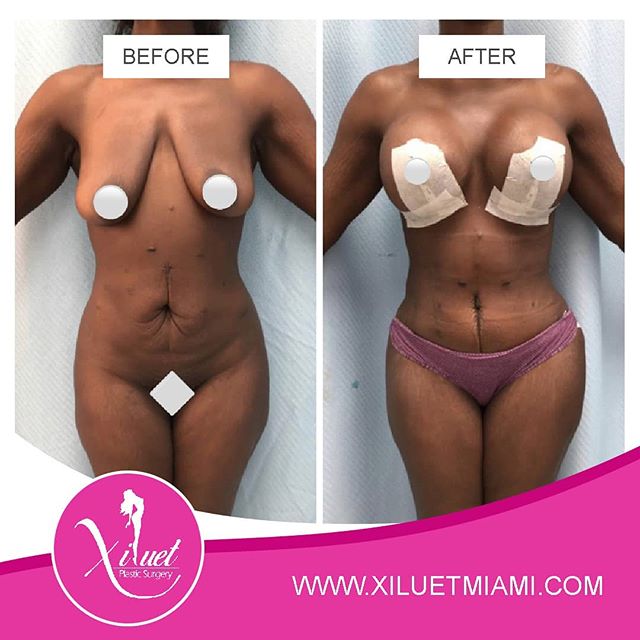 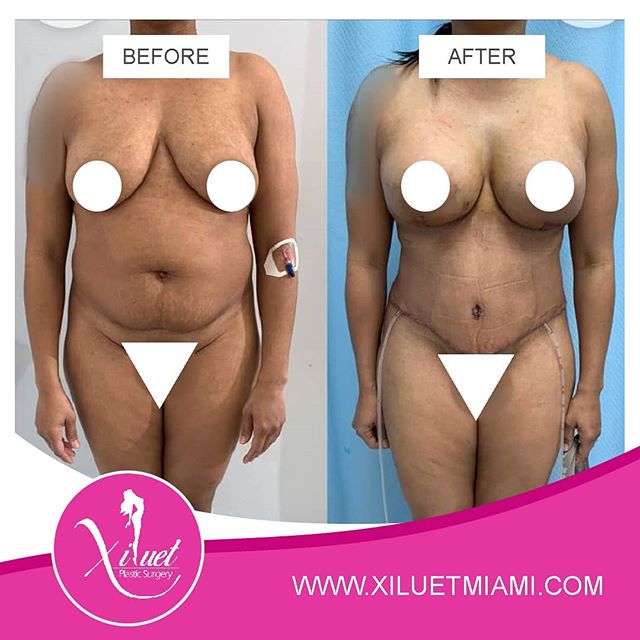 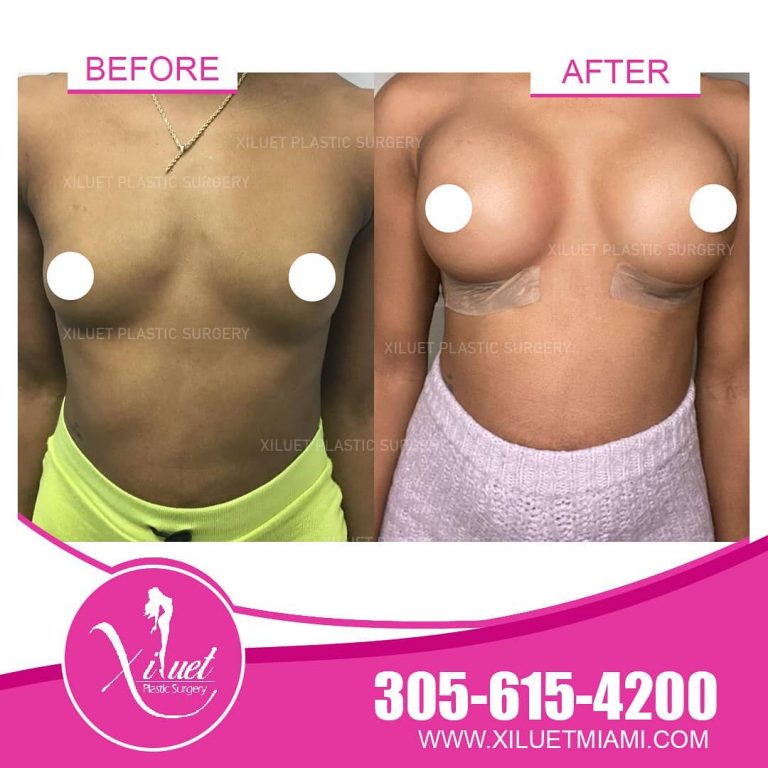 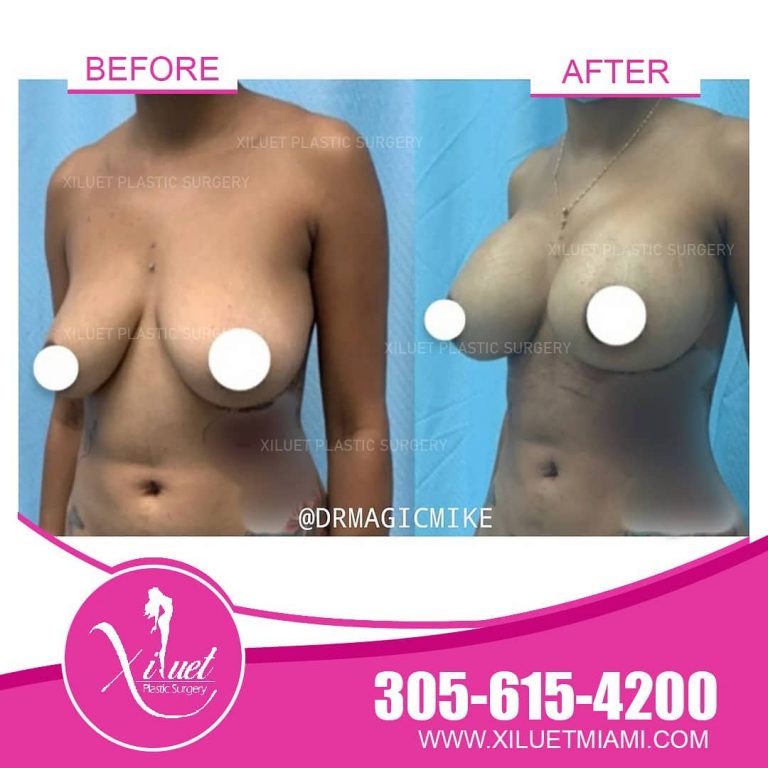 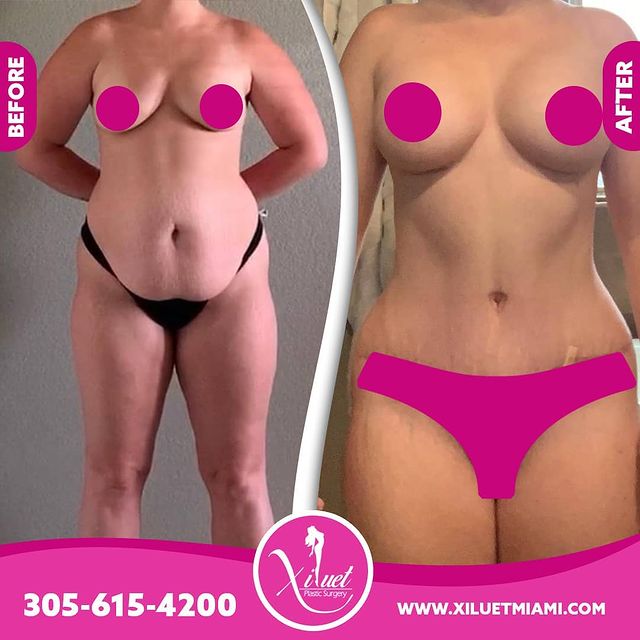 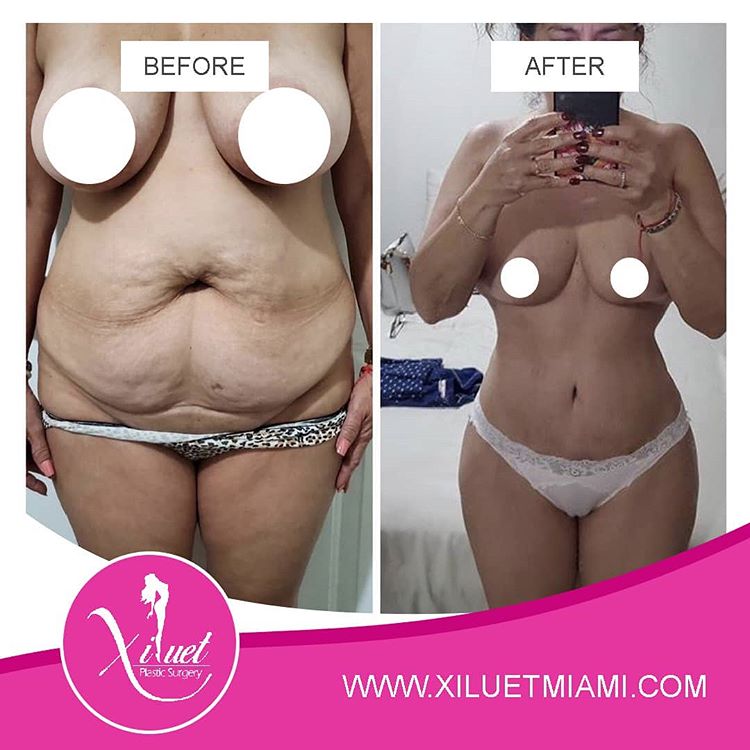 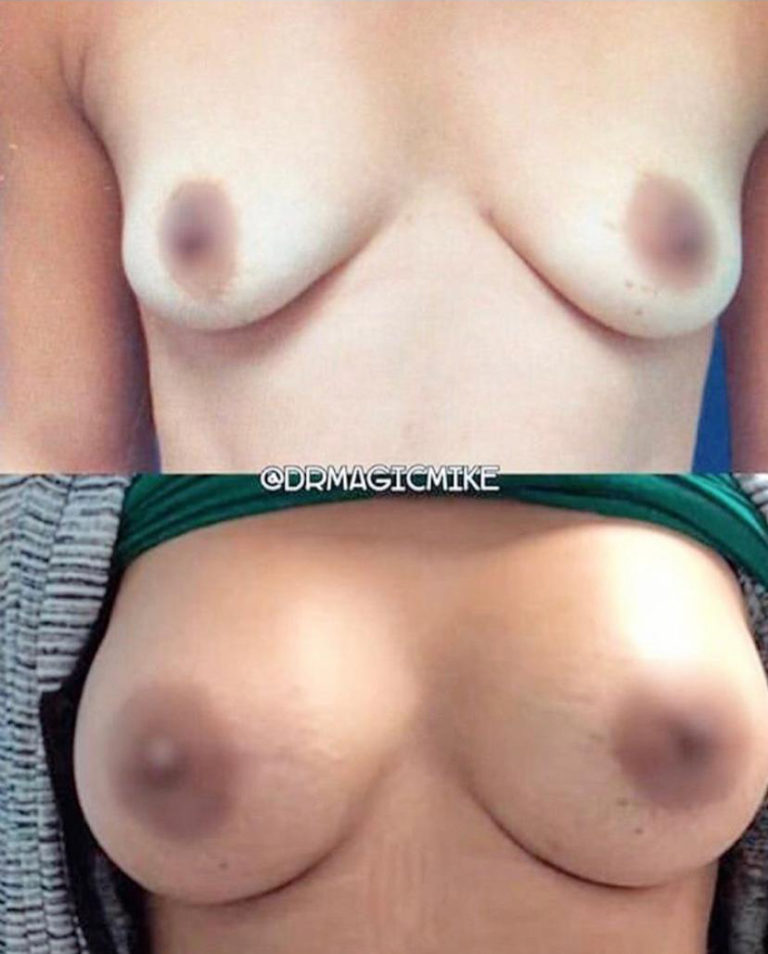 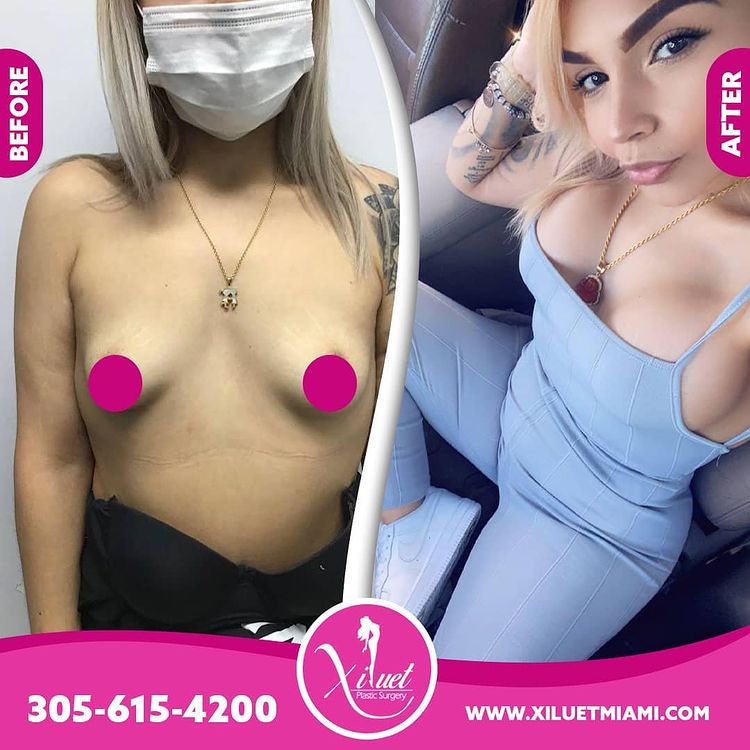 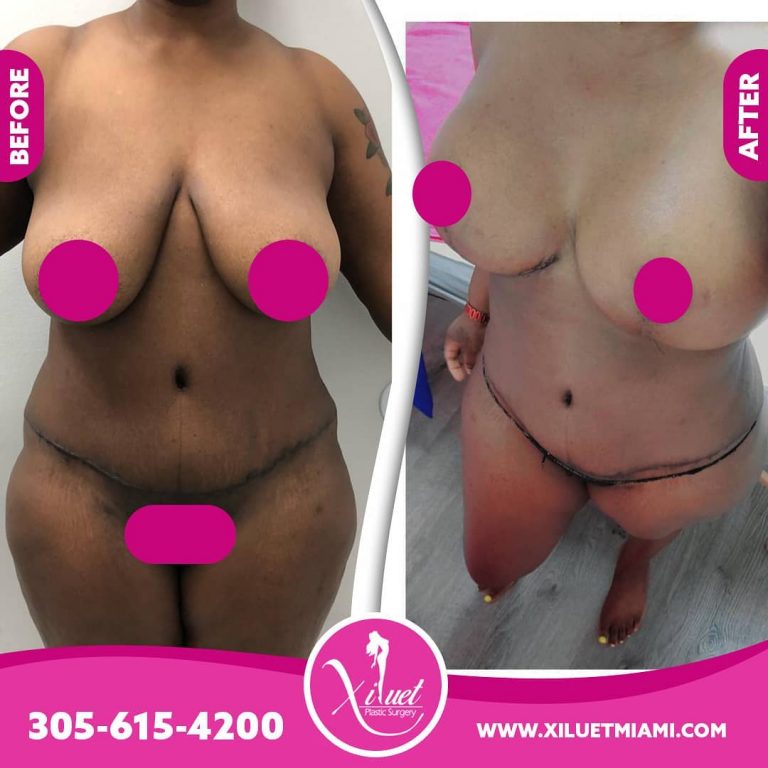 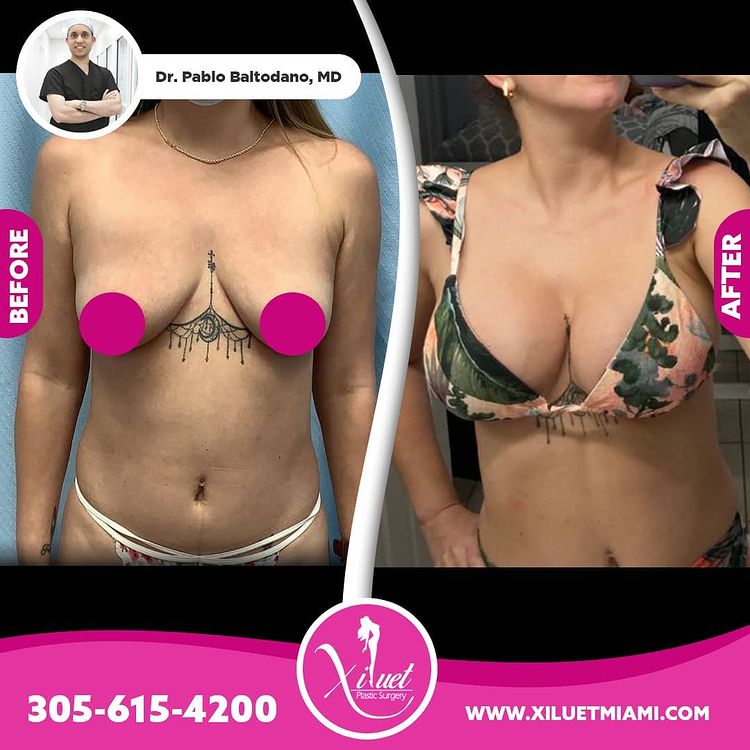 What is a
BREAST LIFT SURGERY

A large number of factors will be used to determine whether you are the right candidate to go ahead with a breast lift surgery or not. In fact, you need to be in good health condition to go through the surgery. In addition that, you should have dropped your breasts because of large size, weight loss or pregnancy.

HOW MUCH DOES A

Breast Lift Cost in Miami. The cost depends on the type of procedure used. The longer the operation takes, the more expensive the breast lift Miami becomes. Usually, the anchor shaped breast lift has the highest cost. The amount of experience the doctor has also counts into the cost. In the U.S., the average cost ranges from $5000 to $8000. If you choose to have a breast implant with your breast lift cost range from $5000 to $15000.

There are many reasons why women choose to get breast lifts without implants. Some women want to avoid the cost of getting implants, while others don’t want to take hormones for the rest of their lives. A breast lift without implants offers a natural and beautiful way for women to improve their body image.

The most popular type of breast lifts surgery is called an anchor mastopexy. This procedure will reduce sagging skin, tighten and raise nipples, and create a more youthful shape to your breasts. It can be done at any age but it’s best for women who have had children or have lost significant weight

The Lollipop Breast Lift method has been shown to be successful in correcting sagging breasts and improving their shape and size. It is also less invasive than a traditional breast lift surgery, which means that there are fewer risks involved with it.

The donut breast lift is a procedure that has been gaining popularity in Miami. It is an alternative to the traditional breast lift procedure and it can be performed on women who have had children or have ptosis, which is a condition that causes sagging breasts.

The donut breast lift method was first developed in Colombia. The method involves removing excess skin from around the areola and tightening the surrounding tissue to create a youthful shape. Women who undergo this procedure are able to avoid having scars on their breasts, which is one of the main reasons why women choose this method over others.

The crescent breast lift is the latest and most popular breast lift technique. It has been developed by Dr. Robert L. White in the 1970s and has become the gold standard of breast lifts.

In this method, a vertical incision is made in the lower half of the areola, and then a crescent shaped flap is removed from underneath it to expose more of the nipple area. The skin on top of this flap is then pulled up and tightened so that it can cover more of the nipple area. The nipple itself may be repositioned slightly higher than before for an improved appearance as well.

Oftentimes, it is very common for women to have a breast lift along with a breast augmentation in order to have more volume and achieve a “perky” look. If your breasts have fallen and sagged enough to the point where you have lost the volume in your chest, then a breast lift in conjunction with a breast augmentation might be right for you. Having both procedures performed at the same time can result in a lifted and fuller looking chest, providing patients with maximum results.

Following surgery, the recovery for the first24 to 48 hours the breasts will be bloated, bruised and uncomfortable, but the pain will eventually subside and it can also be alleviated with medication prescribed by your surgeon. An elastic bandage or a surgical brassiere over gauze dressings are generally worn and substituted with a soft supporting bra within a few days. Sutures removal after about a week or two. Patients should prevent straining, bending and lifting heavy objects. These efforts may increase swelling and bleeding. For better breast lift recovery they also need to sleep on their backs to prevent putting pressure on the chest. Patients may feel less sensation of the nipple. It might take some time for the sensation to normalize. The incisions are either pink or red and lumpy during the first months after surgery. Creams and massage will help the breast lift recovery their normal color.

Although breast lifts performed endless amounts of time for many years and have almost been perfected as a procedure, it is important to realize that there are still risks and complications involved as with all plastic surgeries.

Preparation Before the Day of the Surgery

Women desiring a Breast Lift surgery need to have a healthy lifestyle so the healing process may be faster. This means to stay away from smoking for at least three (3) weeks prior to the surgery. The patient should be nutritionally balanced and have not taken any supplements that might contribute to excess bleeding. Patients need to complete preoperative testing lab work prior to surgery and a mammogram depending on the age and family history. Patients will shower and wash well with anti-bacterial soap the day before the surgery and arrange a friend or a family member to drive them home and to help out for a few days if needed.

Does My Insurance Cover Breast Implants?

When performed for cosmetic reasons, insurance does not cover breast implants. When performed as corrective surgery, the insurance usually covers the implants. To be safe, you should give a letter to your surgeon from your insurance. Which almost always guarantees complete coverage.

The Day of the Breast Lift

Breast lifts performed under general anesthesia and typically takes an hour to three hours to perform. The incision carried out, excess skin is removed, the nipple and areola moved to the uppermost position and the breast is again formed. The most common technique involves an anchor-shaped incision; thus localized around the areola, in an upright line down from the nipple area and the bottom crease of the breast.

Your doctor will provide you with instructions on how to get back to your day to day life. It will not create an impact on pregnancy as well. In case of any unusual symptom, contact your surgeon.