We have The Best Breast Reduction Surgeons in Miami

Reduce the Size of Large Heavy Breast with a Certified Surgeon. Breast Reduction Surgery in Miami with Xiluet plastic Surgery.

Breast Reduction Miami, also called Mammoplasty or Mastoplasty serves the purpose of minimizing the excess tissue, fat, and skin from the breasts.

Most women who have acquired the Mammoplasty Reduction have improved their self-confidence along with the proportion of their body restored. Despite the fact that this cosmetic procedure is commonly on women, men who suffer from gynecomastia or enlarged male breasts, have the possibility to also undergo a boob reduction surgery.

Women who have experienced the difficulties of the weight from the enlarged breasts are generally the ones who seek to have this cosmetic procedure performed. There are some physical symptoms that associates with having oversized breasts. Some of these physical symptoms consist of neck and back pain, deep strap marks from the bra, and a possibility of breaking skin which can cause irritation and infection. Boob reduction assists these women in restoring their bodies to be proportionate and also restores self-confidence.

How Much Does a

The cost of Breast Reduction Miami Surgery can vary between $5000- $8000. The reason for the variation in price is due to factors such as the size of the breasts, duration of the surgery, and more. There are certain circumstances in which the breast lift is combined with another procedure, which causes an increase in price.

The periareolar incision is a laceration that is into the epidermis of the breast directly below the lower half of the areola. This laceration is generally used during the Breast Augmentation Cosmetic Procedure, boob lift, and when extracting breast implants. Depending on the preference of the patient and the plastic surgeon, this type of incision can use to place the breast implant either over or under the pectoral muscle. As time passes and the incision begins to heal, the scar will generally blend into the pigment line of the areola.

Although this technique is the most invasive, it serves the purpose of being performed on the women who experience from Macromastia. This technique consists of 3 different types of incisions. The first incision is formed around the circumference of the areola, also known as the periareolar incision. The second incision that is performed in a downward position underneath the areola, also known as the vertical incision, however, it extends down towards the lower area of the breast.

The last of the lacerations is diagonally underneath the breasts and connects to the vertical laceration. This laceration is in the format of an anchor, hence why it is referred to as the anchor incision or the inverted T. The surgeon then extracts the excess tissue betwixt the horizontal incision and the nipple, moves the areola upwards and stitches up the wound. This approach allows a large amount of tissue elimination and it also produces a more natural look.

The Breast Reduction Miami Procedure generally takes between two to five hours. Once the patient has been sedated the anesthesia has been administered by the Anesthesiologist, the surgeon then etches the area to begin the procedure. During the procedure, the surgeon removes the surplus of fat and skin, positions the drainage tubes underneath the epidermis for the purpose of draining and excess fluid or blood. Afterward, the elastic bandages or support bra placed for the purpose of minimizing the swelling and supporting the breasts as they heal.

There are several techniques for mammoplasty reduction, your plastic surgeon must select the ideal procedure for your situation. The different types of incision are the lollipop, the anchor, the half moon incision and the circumareolar method (Benelli). 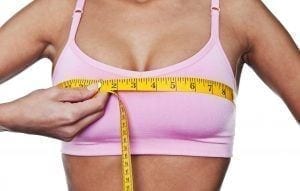 How Long is the Breast Reduction Recovery

The time of recovery varies due to different factors. It may take a couple of weeks to a month to have a full recovery. During this time, discomfort is present which can treat by the Doctor in order to have a smooth recovery. The time frame that the patient wears dressings varies depending on how quickly the wounds heal.

If the stitches do not dissolve, the clinic removes them. During the recovery process, it is crucial to attend the follow up appointments. The surgeon advises the patient when normal activities and returning to work can resume. All heavy lifting and stretching is avoid for up to six weeks after the procedure. Doctor’s instructions and recommendations is important to follow.

Male Breast Reduction Miami. Male breast reduction or Gynecomastia is a condition in which the imbalance of hormones estrogen and testosterone causes inflammation of breast tissue in boys or men. This condition can affect both breasts, and in some cases, it happens unevenly. Males of all ages may develop gynecomastia as a consequence of regular changes in hormone levels. However, other causes are also possible. Men who have this condition can occasionally experience breast pain and may also feel embarrassed. Some of the signs and symptoms of gynecomastia include breast tenderness and swollen breast gland tissue. You should check with your doctor if you have pain, swelling, nipple discharge, and tenderness. If you need a Miami Male Breast Reduction at Xiluet Plastic Surgery Miami, just call us and save time and money!

Just like any other Breast cosmetic procedure, risks associated with Breast Reduction. Some of these risks consist of:

Preparation Before the Day of the Surgery

Women desiring a Breast Lift surgery need to have a healthy lifestyle so the healing process may be faster. This means to stay away from smoking for at least three (3) weeks prior to the surgery. The patient should be nutritionally balanced and have not taken any supplements that might contribute to excess bleeding. Patients need to complete preoperative testing lab work prior to surgery and a mammogram depending on the age and family history. Patients will shower and wash well with anti-bacterial soap the day before the surgery and arrange a friend or a family member to drive them home and to help out for a few days if needed.

Does My Insurance Cover Breast Implants?

When performed for cosmetic reasons, insurance does not cover breast implants. When performed as corrective surgery, the insurance usually covers the implants. To be safe, you should give a letter to your surgeon from your insurance. Which almost always guarantees complete coverage.

The Day of the Breast Lift

Breast lifts performed under general anesthesia and typically takes an hour to three hours to perform. The incision carried out, excess skin is removed, the nipple and areola moved to the uppermost position and the breast is again formed. The most common technique involves an anchor-shaped incision; thus localized around the areola, in an upright line down from the nipple area and the bottom crease of the breast.

Your doctor will provide you with instructions on how to get back to your day to day life. It will not create an impact on pregnancy as well. In case of any unusual symptom, contact your surgeon.