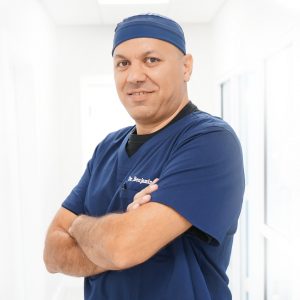 Find the best prices for your procedure.

Subsequently, Dr. Liliav completed a three year Fellowship in Plastic, Reconstructive, Cosmetic, Hand and Microsurgery at the University Of Illinois College Of Medicine at Chicago. While at the University of Illinois Dr. Liliav has worked alongside some of the world’s most famous experts in all fields of Plastic, Reconstructive, Cosmetic and Hand surgery.

One of the best doctor I have ever met.Very honest, genuine, and compassionate.
Tummy Tuck4/6/2020
This doctor is so caring about your care. Excellent bed side manners. The VERY BEST as far as I'm concerned. Rebuilt my tongue after the cancer was removed. Thank you sir. Your the BEST.
Breast Implants7/1/2020
A wonderful experience. The staff was gentle, kind, thoughtful, helpful. It was wonderful to finally find a Plastic Surgeon locally that could not only fix my ruptured breast implants after our car accident, but their skilled hands made me feel finally feel like a woman again after my mastectomy. Thank you!
Breast Implants4/6/2020
Very happy. The best!!!
Liposuction3/11/2020
Previous
Next